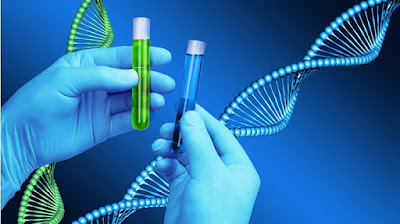 The accuracy of DNA results and the numerous advances in that field have made the technology very useful for modern day humankind. Tests are not only about determining the paternity of children since there are various other uses that the technique can help with. Described briefly in the following text are several common uses of DNA tests.

DNA technology is now used by archaeologists as record-keeping tools when it comes to finding out about the progression of life on earth and human genetic codes. The DNA database that results is used by the scientists for applications such as comparison and reference. Some of the questions that have remained unanswered for centuries regarding the origin of species can now be answered thanks to DNA technology, which has proven that, indeed, genetic mutation and evolution are feasible.

Perhaps the most popular use of this technology is proving who the father of an infant or baby is, and this is important information to those who need precise answers on the matter. Women who have had multiple conjugal partners or men who are not sure if they actually fathered the kids they are bringing up from the majority of individuals who use DNA for determining paternity.

A couple of diseases such as sickle cell anaemia, type 2 diabetes and Down’s syndrome result from genetic factors. So, a simple DNA test can tell what ailment types that are likely to afflict a particular individual. It is the results from such test that can help a person take steps to prevent or delay the onset of the illness in question. Medical specialists also use the information to gain an understanding of the diseases in terms of how they work, making it easy to find cures for them.

Today, there is an overwhelming interest in family trees, and DNA tests can help in that end tremendously. Interestingly, males possess the Y chromosome that remains static regardless of the many generations that pass, and its analysis is used to set up an individual’s ancestral lines. Now, it is easy for many people to find out about their ethnicities and ancestors who date back centuries. Ancient mysteries are also finding answers, thanks to DNA technology. An example is the burial spot of King Richard the third of England, which was discovered to be under a parking lot after tissue from the remains were subjected to DNA tests and found to match those of a direct descendant of his sister.

Law enforcement officers have come to rely on DNA technology for their work. It is now easy for them to carry out extensive investigations that lead to the identification and arrest of criminals. For instance, women who are raped can benefit from rape tests that are carried out in medical institutions. The results can tell if the accused person is the perpetrator or if there is a need to continue the search for the wrongdoer. DNA testing is also critical in murder and assault cases, particularly those that have gone cold or unsolved for many years due to the lack of evidence. Surprisingly, many people have now been released from detention once DNA tests absolved them of the crimes that led to their incarceration.

One sphere that has been shrouded in mystery for the longest time is that relating to space. Research work on articles that are collected from other planets and other celestial bodies is benefiting greatly from DNA technology, particularly in ascertaining the existence of other life forms and origins of species.

DNA technology can now allow dog owners to find out if their pets are of pure or mixed breeds. Also, they can tell what particular breeds that their dogs originate from when experts match the genetic sequences of their pets to specific breeds that are present in various databases.